A Lesson from the Universe.

A friend on Facebook posted this today. I ‘loved’ it of course - it is one of those wise truisms that we should all remember and actively put into practice. 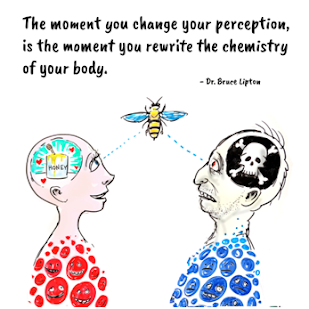 It was a beautiful, warm, sunny day so in the afternoon I went out for a walk up onto the moors, which I’m fortunate to have right on my doorstep. As I was returning home down a very steep hillside, I remembered an ex-boyfriend who had struggled to come down this way and had slipped. The relationship ended when he started treating me very badly. As I made my way down I was thinking bad thoughts about him, referring to him as The Fat Controller, and puzzled as to why I had ever found him attractive. Suddenly I felt something on my left arm. It was a huge bumble bee! I screamed and brushed it off but for a few seconds it seemed intent on landing again. As I was flailing my arms and running down the hill to escape it, I remembered this Facebook post.

Review of 'Witch' by Finbar Hawkins

I liked this book - it was fast moving and held my interest right to the last page. I loved that the chapters were interspersed with line drawings that added to the mystery and intrigue. I thought that Evie's character, with all her anger and inner conflict, was portrayed beautifully. And for someone who isn't overly keen on very long novels, this was just the right length. The author cuts straight to the chase, without un-necessary surplus or milking of events.
View all my Goodread reviews here:
"https://www.goodreads.com/review/list/54499536-joan-harthan"

I was having a conversation with a lady the other day and she used the phrase 'my other half'. I'd never given much thought to that term before - it's such an accepted part of our vocabulary - but that day it made me question my very existence.

Being alone, does that mean that I'm only half a person? Or is it her that's not whole?

I don't feel like half a person. I feel like a whole person and I live my life as a whole person - travelling the world on my own, going into bars alone etc. . .  So if I'm whole, that must mean she's not.

And as I look around - it does seem that single people are much stronger emotionally than those who always need 'another half' to accompany them through life.

So if you're single - rejoice. You are strong. You are complete within yourself. And if you're looking for love, don't look for your 'other half', look for someone who is as whole as you. #

Are you a writer? Do you struggle to find character names that aptly reflect the characters in your story? Check out this brilliant, completely free, random name generator for authors: http://random-name-generator.info/random/
Posted by Jo at 10:51 No comments:

BBC News today has announced that prisoners at Oakwood Prison in Wolverhampton are being paid to make unsolicited telephone calls, on behalf of insurance companies, to members of the public.

"They do not have access to private information such as addresses," the Ministry says, "and public security is not being compromised."

What about my right not to receive nuisance calls? That's being compromised but clearly the Ministry doesn't care about that!

I'm registered with the TPS yet I've had calls like this. Surely this means the Government is acting illegally?

Starbucks and the Iraq War

I've just received an email asking me to shun Starbucks because they've refused to supply free coffee to soldiers in Iraq. Starbucks says it doesn't support the war. Actually I don't go to Starbucks anyway, I much prefer Costa, but I reckon their decision will rocket them up the popularity stakes - goodness knows they're seriously out of favour at the moment with their tax avoidance schemes and all. The sender of the email seems to think that everyone should know about this dastardly Starbuck decision. Well I'm sorry but I don't support the war either, nor any war that was initiated by a capitalist manoeuvre to protect investments. Atrocities go on in other countries where the west has no financial interest - we don't try and bomb them out of existence. How can anyone condone going half way across the world to slaughter other human beings? Tell me, I need to know. I'm not against the soldiers, they only act under orders,  but we must remember that they signed up for the army lured by the possibility of combat and the acclaimed macho, heroic image. I know this isn't a politically correct view but come on, let's be truthful! Sgt Howard Wright probably initiated this circulating email because he's just pissed off that he can't get an endless supply of free coffee.

Bless You My SUN

Is this for real? I’ve just had a glimpse into another world; a world I never knew existed. It’s a place where young girls are having conical implants because they think pointed breasts look more natural. A place where a twenty two year old man tells the world that he’s in love with the thirteen year old sister of his best friend, and a famous celebrity declares that her pot bellied pig is her soulmate. It’s a place where women proudly reveal their half naked bodies, pumped up and sucked out in all the right places. It probably makes them feel sexy to think a million British men are panting over their tits under the duvet. Well I guess it would! This is the world of The Sun.  Don’t go thinking I usually read this sort of stuff. Oh goodness me, no!  The Sun editorial team bought my patronage. I’m not proud of it but hey ho, a tenners worth of free groceries is . . . well, a tenners worth of free groceries! My total shop came to £67.67 and I was just about to pay when the cashier cancelled my card payment.

“Hang on a mo, ” she said as she fished under her till and with a flurry produced a copy of the infamous newspaper,

“If you buy this,” she says, “You’ll get £10 off your grocery bill.” Her smile is triumphant. I like the word ‘grocery’, she uses it as a euphemism for alcohol but I decline her offer. Nothing’s for free, there’s always a catch. She assures me there’s no catch and insists that I really want to buy this paper. She proceeds to open it at page 16 and rips out a voucher which she then waves under my nose.

OK, so I buy the paper and get my ‘groceries’ for £58.07. She offers to bin the newspaper but, as I’ve just paid 40p for it, I decide I should at least have a look. I can’t fault the reporters on their content; it’s all engrossing stuff. Why, I started reading it at 8am and didn’t finish until teatime. Will I be buying The Sun newspaper again? That’s a resounding ‘No’ but at least I’m now informed about what’s really going on in the world and I can return to my peaceful little bubble a whole lot wiser!

Welcome to my humble abode on Blogger.com

My intention is to post a regular blog on scientific topics of general interest. Then again, the rich tapestry of daily life will no doubt be hung out to dry on occasions.

Jo
Saddleworth, England, United Kingdom
I've had a long and varied career ranging from the Inland Revenue to academia, with Editorial Librarian, Bank Clerk, Dress Designer, Company Secretary, sub Post Mistress and teacher in between. And for all that, my only dream from childhood was to be a writer. So here I am, walking the path to my city of dreams. 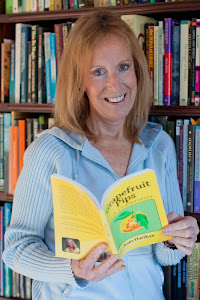 A professional writer is an amateur who didn't quit. ~ Richard Bach